It was a particularly happy homecoming for the five West Australian members of the Richmond side that defeated Fremantle in such impressive fashion at Optus Stadium last Sunday.

All five of them – Shai Bolton, Kamdyn McIntosh, Liam Baker, Sydney Stack and Nathan Broad – were valuable contributors in the Tigers’ 25-point win.

The 20-year-old Bolton led the way with four goals in an exciting display that highlighted the considerable football ability he possesses, while the four other players also hit the scoreboard with a goal apiece – Broad snagging the first six-pointer of his AFL career. 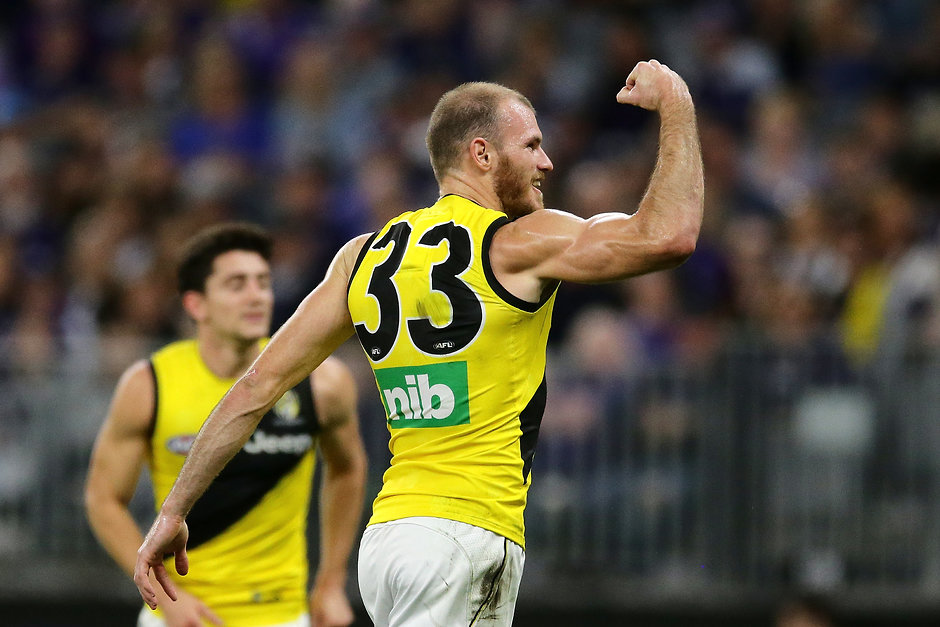 Bolton summarised the homecoming feelings of the quintet of Sandgroper Tigers in a post-match, on-field interview with Fox Footy.

“It’s good to come back home and play on the turf and all the family watching . . . It was just good to show off before all the family,” Bolton said.