Star Richmond midfielder Dion Prestia was rewarded for his dominant display against St Kilda at Etihad Stadium last Friday night with the maximum 10 votes in the AFL Coaches’ Association’s Player of the Year award for Round 18.

Rounding out a clean sweep for Richmond in the Round 18 coaches’ votes was one apiece for inspirational captain Trent Cotchin and robust ruckman Toby Nankervis.

Full voting details for the Round 18 Richmond v St Kilda match are . . . 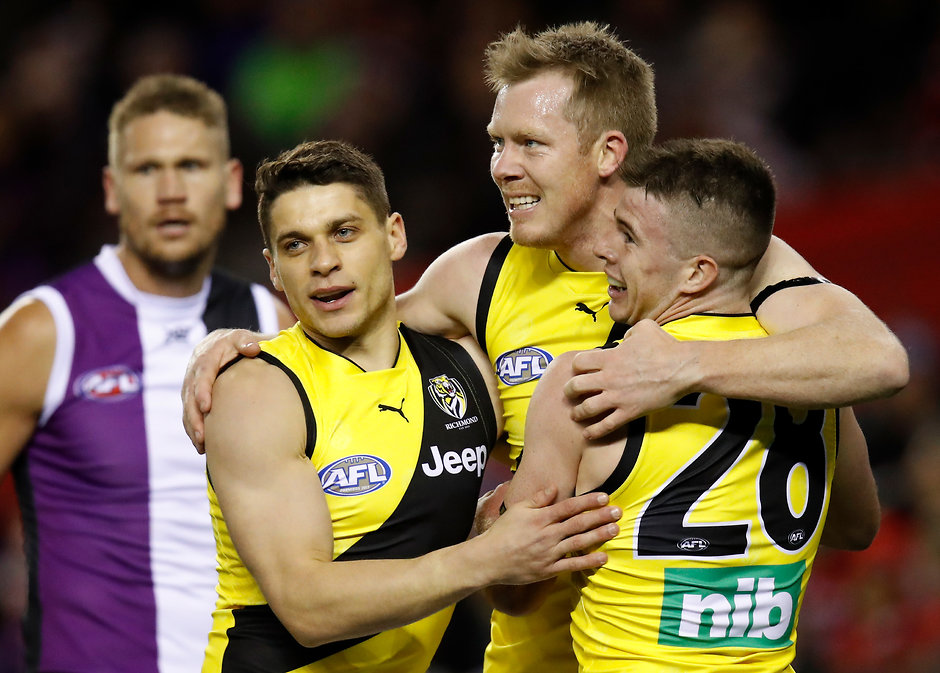