The care and affection the Richmond players showed towards injured teammate Reece Conca, during the first quarter of last Thursday night’s clash with Sydney at Etihad Stadium, encapsulated the strong culture that exists at Tigerland, according to the Club’s premiership midfielder Kane Lambert.

With the popular Conca suffering what appeared to be a serious ankle injury, the Tigers team rallied around him as he was on the motorised stretcher just before leaving the field, Daniel Rioli even bending down to kiss Conca on the forehead.

“It’s not fake, it’s not something that happens overnight either.

“It’s something you have to work on, and culture’s probably never an end game, really. It’s something that you can get better at every single day.

“Like I said, it’s genuine and we care for each other, and that’s the way we play our footy. And it’s enjoyable.” 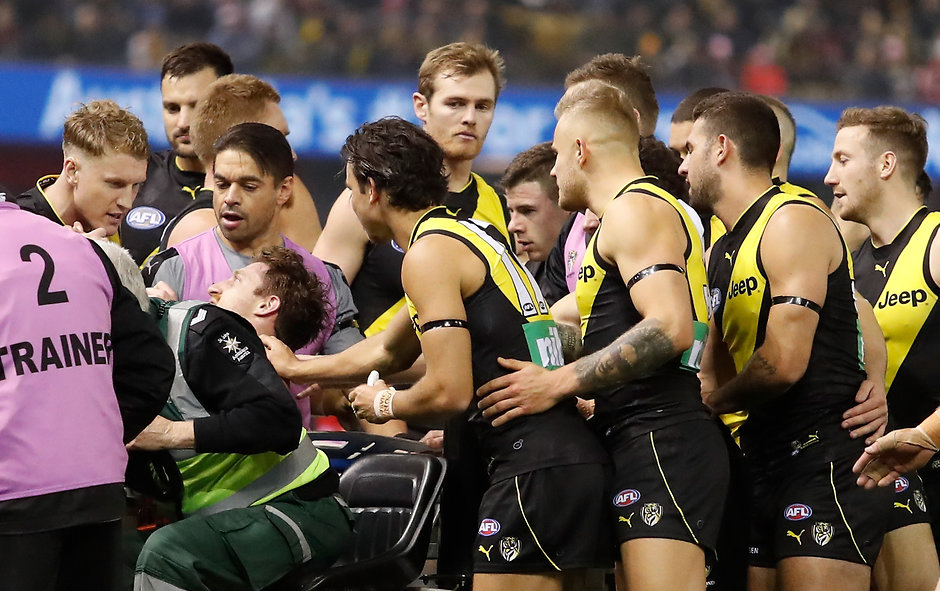 Matthew Richardson looks at the key stats before the Round 16 match against Adelaide.