Inspirational Richmond captain Trent Cotchin’s pressure points were off the charts in last Friday night’s victory over Geelong at the MCG.

Cotchin had a total of 101 pressure points – 40 ahead of the next best in the match, Tigers forward Jason Castagna, and 11 more than any other player right across the competition for the round (Brisbane’s Dayne Zorko second best with 89).

That performance further underlined Cotchin’s immense value to the team in his role as a midfielder with such strong defensive attributes.

It’s been a month since Cotchin last had 20 disposals or more in a match, but during the last four games he’s continued to set the tone for the Tigers through his fierce attack on the football and the intense pressure he’s applied to the opposition.

After 20 home-and-away rounds this season, Cotchin is ranked equal No. 1 among the Richmond players (alongside Jack Graham) for tackles, averaging 4.5 per match.

He had an equal game-high nine tackles against the Cats last Friday night to go with his 19 disposals. 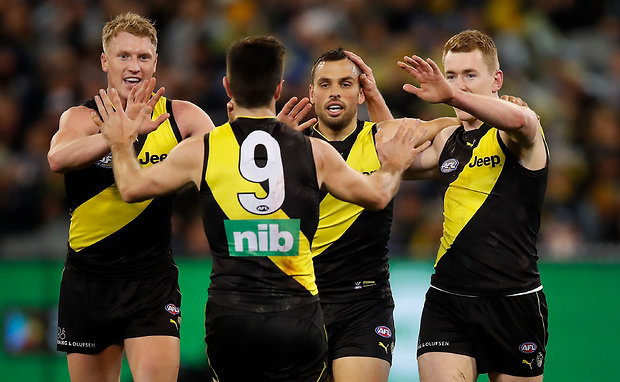