“He’s been such an important player, both on-field and off-field for the development of our footy club. It’s an honour to be a part of his life and his journey . . . We’re incredibly proud of the person he is and the player he’s become. He’s just brought so much to our club. It’s easy to see on-field, and I’ll always have that iconic moment in the 2017 Grand Final, when he kicked that goal . . . pumping his fists in the air. But what he’s brought to our club off-field, I think, far outweighs his on-field benefit. I’m incredibly proud to say I’ve coached him and know him and his family. The culture that he’s really improved is just so significant for our footy club. And he’s been a wonderful player for us.”

“What he brings is an amazing work ethic. And he’s crucial to us at half-back. He’s a fantastic player, a fantastic person. And a milestone tonight, to win for him, meant a lot to the boys. Meant a lot to Bachar because he’s a great Richmond man and a crucial part of our culture.” 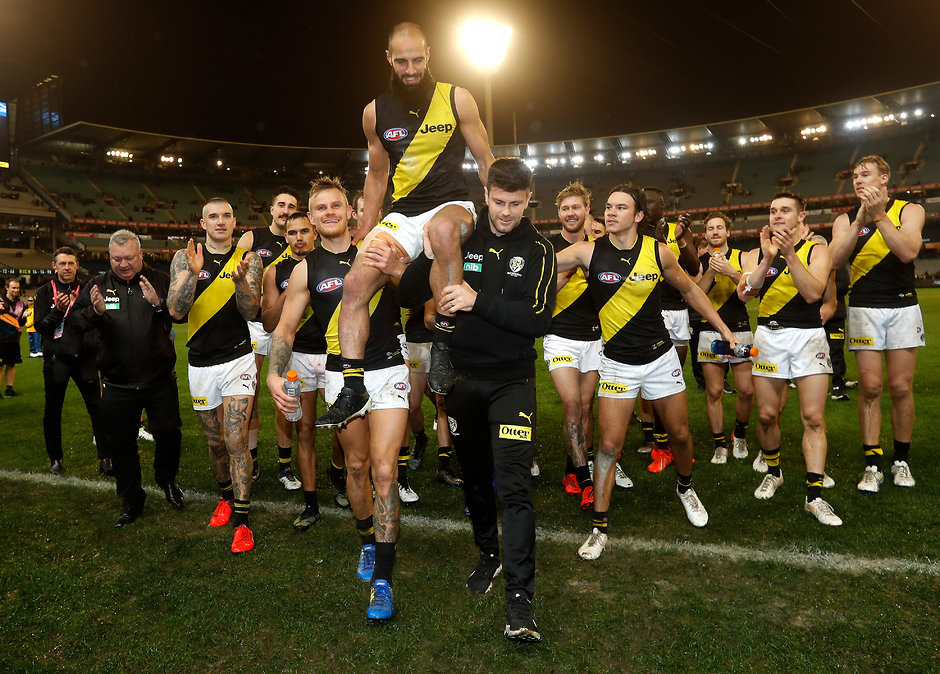 “He’s the nicest guy I’ve ever met. So humble. He wouldn’t want to make anything tonight about himself. He’s just an awesome person. Will do anything for you. We know what he can do on the field, but his stuff off the field is what we love about him.”

Up Next 'Nank' waiting in the wings as Tigers face pleasant ruck dilemma
Why not share?
Share This Article

Richmond will likely welcome back first-choice ruckman Toby Nankervis next week, leaving the Tigers with a pleasing selection problem with its big men department.